In just a few short days, we’ll be shipping the first round of April Geek Fuel boxes, and one could have your name on it! This month, the box is loaded up with some incredible geeky goods, including a licensed Star Wars collectible, something from everyone’s favorite Doctor, an incredible item from Captain America, and THREE exclusive items you won’t find anywhere else! Join now and you’ll get all of this amazing stuff delivered right to your door: 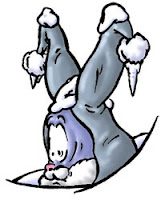